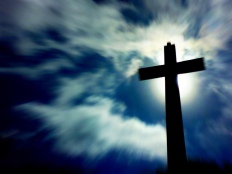 It’s only two pieces of wood. One vertical, and one horizontal. Many other signs, symbols, and images have portrayed a message. None of those however carry the significance of two pieces of wood that form a simple cross. The power of the message conveyed in one simple icon connects with the hearts of people from every generation, culture, nationality, and race. Regardless of where you are in the world, when you see the cross, you see the icon of God’s unconditional love. It’s simple yet significant. The significance isn’t in the two pieces of wood or the icon, its the body of our Lord Jesus Christ which was hung on them. The power is in the blood that stained them. Paul told the church at Galatia that the message of Jesus death on the cross was proclaimed to them just as clear as if they had seen a picture. When we see the cross we see very clearly the picture of what God has richly provided for us. We see a picture of our salvation, a picture of our healing, a picture of our redemption, and a picture of our freedom to be blessed. It’s Good Friday. Today we look to the cross and see the picture of perfect love. We see the picture of selfless sacrifice. We see the picture of Jesus death on a cross, so that we can have abundant and eternal life. Today, all over the world, business and organizations are trying to use an image to convey their message. No image will ever be more powerful, more universal, and more significant than the cross. When I see the cross, the story is clear, the picture is perfect, God loves me.

Happy Good Friday and a very Happy Easter to you and yours.

Recently the church where I serve as Lead Pastor, CoastLife Church, was embroiled in somewhat of a controversy. What seemed to be a pretty solid marketing approach for our Easter Outreach Campaign became the topic of a local Facebook Page with over 20,000 followers. The controversy was over our Cross Equals Love signs that began to appear all over the city of Venice and the surrounding areas. We printed them and made them available for people to display in their yards or businesses. Those signs went everywhere. I swear that we received a multiplication miracle because I don’t remember having that many printed. When the Facebook Page posted about the signs twice, a few hundred people decided to weigh in. Some comments were very supportive, some were neutral, and some were highly critical. Some comments were direct to our church and were an attempt to outright bully us. The critical comments ranged from legitimate criticism about signs that were placed in prohibited areas to very hateful comments about our church and christians in general. I posted one official comment on behalf of our church and felt that it was informative and professional. As the conversation continued I wanted to post more comments. Comments that would refute insane accusations, comments to defend our church, and comments to defend the message of christianity. I resisted the urge and let the conversation eventually fizzle out. Finally, a brilliant idea hit me. Something that I loved and knew others would love as well. It would have been a popular post with my friends on social media, and it would have rallied our team that has been a vital part of this Easter campaign. With the brilliant post on my screen and ready to be sent to Facebook, Twitter, and Instagram I hit the delete button. Why would I delete something that would have been popular and even would have been a morale boost for our team? Because I realized that the result of criticism had caused me to become what I never want to be, an issue oriented christian. When we posted signs, hung door hangers, and passed out Easter invite cards it came from the very pure heart of our church to remind people of the resurrection of Jesus Christ and invite them to celebrate with us at our Easter services. The deleted post, although brilliant even if I do say so myself, was not pure hearted. It wasn’t based on a desire to reach the unchurched or the dechurched. It wasn’t to invite people to a life giving, life changing church. It was to win an argument. It was divisive between christians and non christians, and it was out of my need to be right. So I hit the delete button. Here’s my prayer in response to criticism and my desire to never be an issue oriented christian arguing politics, doctrine, and just arguing for arguments sake.

1. I want to be pure hearted

2. I want to be loving and forgiving

If Jesus could love and forgive the very people that nailed him to a cross, surely I can hold my tongue on social media.

3. I don’t want to circle the wagons

When we circle our wagons, we close our doors. It’s tempting as believers to circle our wagons and become very defensive about our beliefs and way of life. It’s almost understandable to do so. However, the problem is that when we circle our wagons we close our doors to the very people who need our message the most. Jesus Christ is the stumbling block and the cross is the offense. If people are offending by the cross or stumble over Jesus being the only way of salvation, it is their decision to do so. My prayer is that I would never cause someone to stumble over me and my arguments before they ever have the chance to wrestle with the decision of whether or not to follow Jesus Christ. Sometimes when we are overly defensive we circle our wagons so tightly over small issues, we don’t allow people the chance to get to the real issue and that is Jesus died on a cross for their sins, and they can either receive or reject that act of mercy and grace. 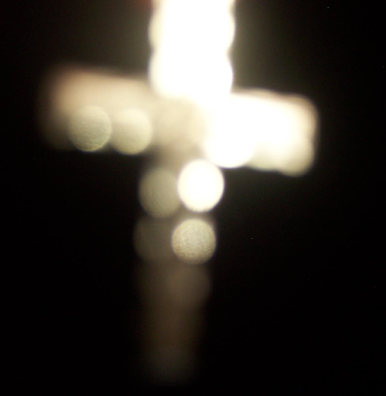 The truth hurts or so I’ve been told. It’s such a common saying that some may even mistakenly think that it has a scriptural basis. I guess the truth did hurt. It hurt Jesus when He laid down all of His righteousness in order to take on all of our sin. The truth is that I am a sinner and needed a Savior. The truth is that Jesus took all of my sin and gave me His righteousness. The truth did hurt, it hurt more than we will ever know.

However, in communicating biblical truth and teaching the revelation of Jesus Christ it seems that some feel the need to be offensive with the Gospel. Not realizing that it is not us that should be offensive, but the Gospel itself. Paul, in 1 Corinthians 9 talked about presenting the Gospel in a way that made it easy for people to relate to. The early church fathers in the first council of leaders determined, “we should not make it difficult for the gentiles who are turning to Christ” in Acts 15. The cross is offensive in itself. It says that I am so bad that a perfect person had to be slaughtered on my behalf and could/can do nothing to save myself. Jesus is in scripture is called the stumbling block. He is the only way of salvation. There is no other name given that has the power to save us. In preaching and creating worship services my main goal is not to be an offense or stumbling block before people have had a chance to get to the cross and the decision concerning Jesus Christ.

Here are few things to think about in communicating the truth of Jesus Christ:

1. The Cross is an offense so I don’t have to be (I don’t want arrogance, pride, or a negative attitude to offend people before they have ever had a chance to make it to the cross of Calvary)

2. Jesus is a stumbling block so I don’t have to be (I don’t want my method to trip people before they have ever had a chance to really make a decision about Jesus Christ)

3. I want to find the most effective and current way to relate the message of the cross and Jesus Christ

4. I don’t want to make it difficult for people who are turning to Christ (Jesus accused the Pharisee’s of entering the kingdom of God and locking the door behind them by adding difficult rules and regulations)